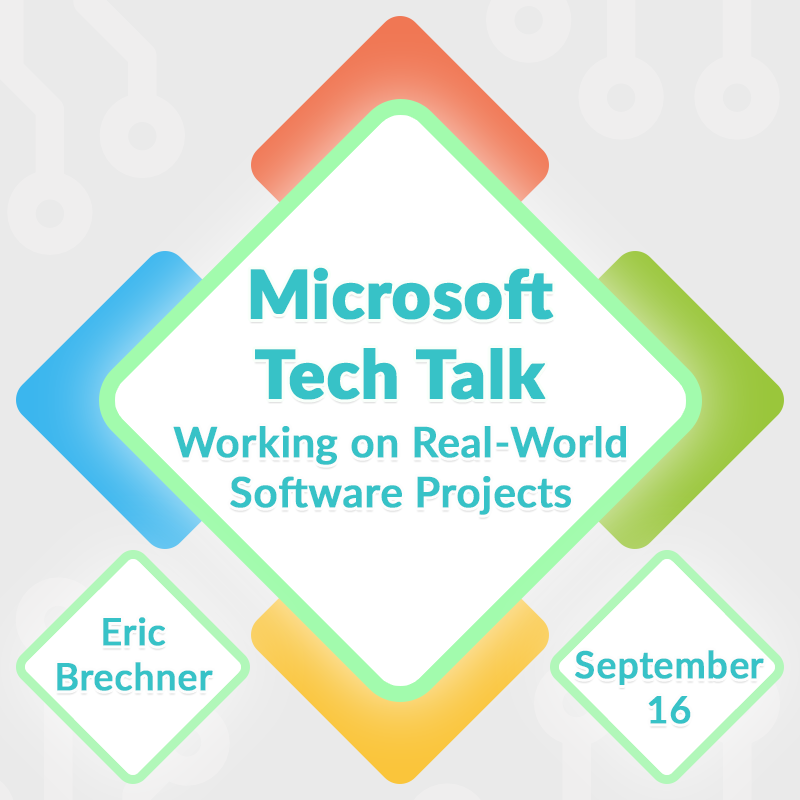 Hey everybody, ACM has it's first 20/21 tech talk coming up next Wednesday (Sept 16th), and we think you're really gonna get a lot out of this one. Here's some information:

Description: Maybe you've done group projects for a software class or even an intern project, but what is it like to work on software in the real world with hundreds or even thousands of engineers? How do you participate in planning? How do you track your work? What makes you a good teammate and partner? Find out from a software engineer and manager who worked at Microsoft for 25 years and others for 15 years before that.

Speaker: Eric Brechner recently left Microsoft after 25 years to become a career coach. Eric has been a principle development manager for Azure, Windows, Office, and Xbox, as well as a senior principal scientist for Boeing, and engineer for Jet Propulsion Laboratory and Silicon Graphics. He holds eight patents, has written two books, earned a B.S. and M.S. in mathematics and a Ph.D. in applied mathematics from Rensselar Polytechnic Institute, and was a certified performance technologist. Eric is widely known within the engineering community as his alter ego I.M. Wright, and is an affiliate professor at the University of Washington's Bothell campus.

We'll be dishing out five $10 Amazon gift cards during the event too!

Zoom meeting for the tech talk